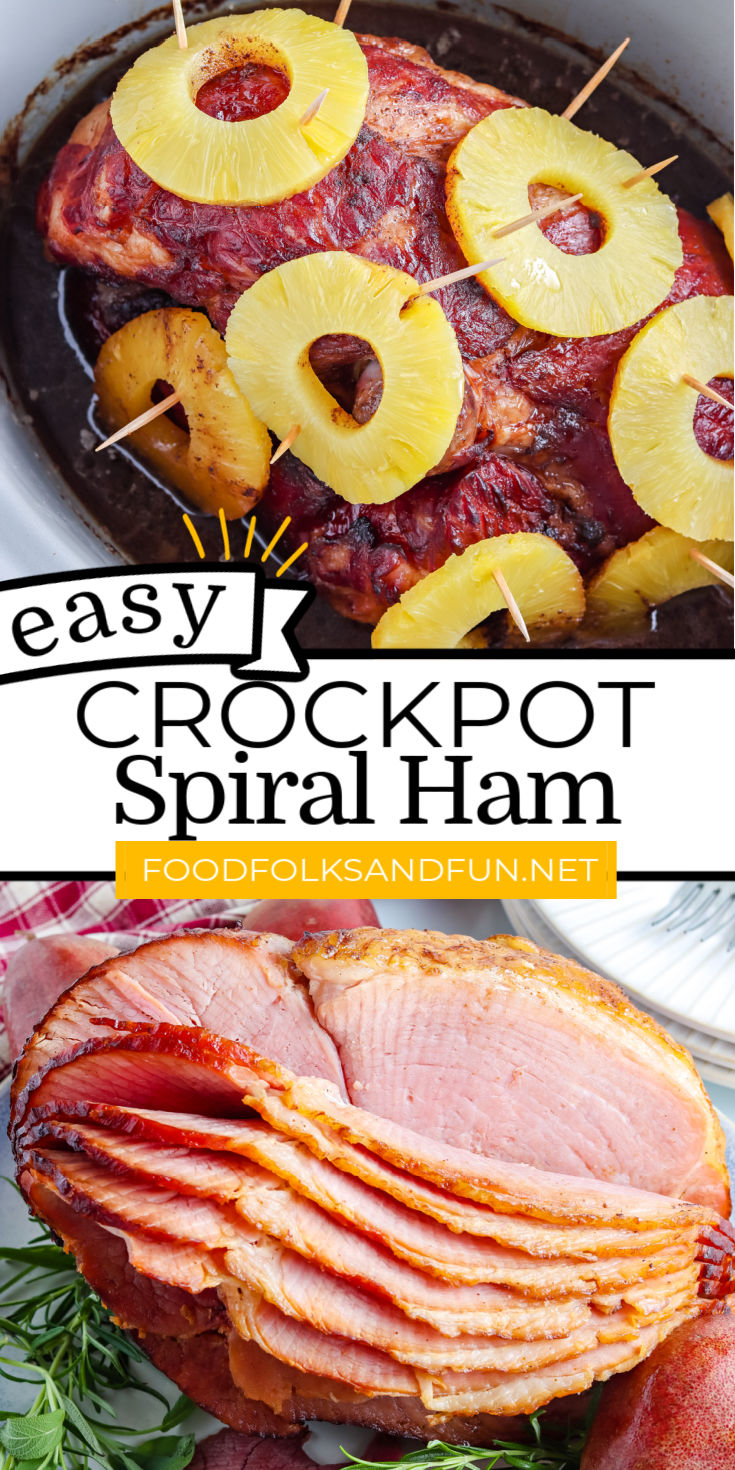 This Crockpot Spiral Ham recipe has a spiced brown sugar glaze and is covered with pineapple slices while it cooks. It’s the best and easiest way to make your holiday ham!

I like to serve these Soft Homemade Dinner Rolls, these Buttermilk Mashed Potatoes, and this Salad with Cranberry Vinaigrette for a complete meal.

During the holidays, anything that can be simplified is life-saving. This recipe requires minimal effort to simplify life in the kitchen.

It takes five ingredients and twenty minutes to prepare. Then you set it and forget it!

The crockpot makes this ham so tender, flavorful and frees up your oven space. Brown sugar and pineapple combine to create a lovely ham perfect for Christmas, Easter, Thanksgiving, and even a Sunday family dinner. 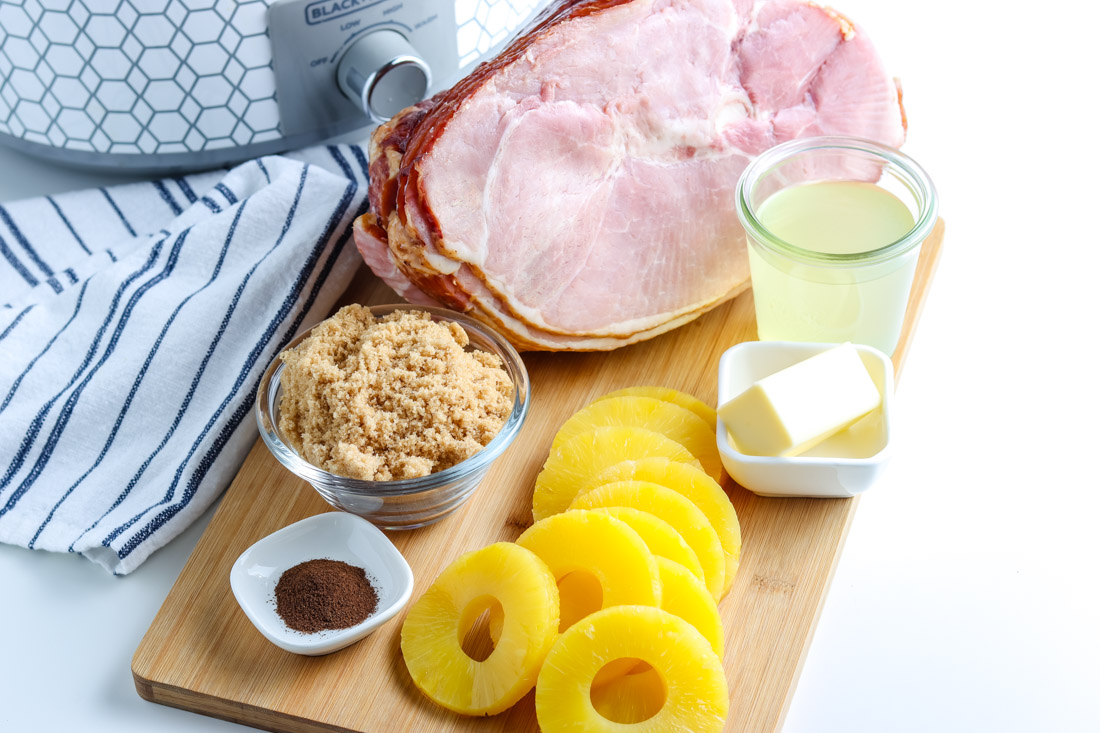 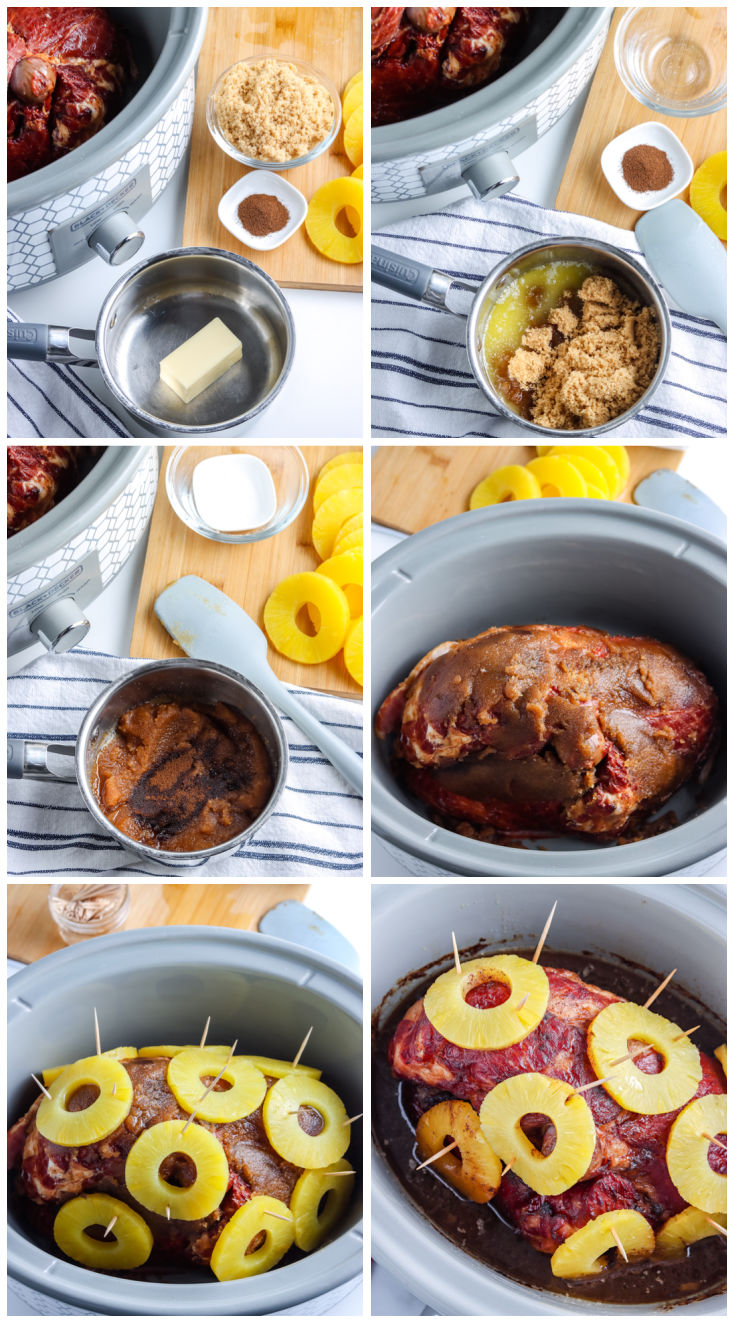 What to serve with ham?

For some ham dinner ideas, I like to round out my meal with veggies, potatoes, bread, and something sweet. Below are my favorite sides for serving with this Crockpot Spiral Ham recipe.

SERVE: You can keep the ham our for about two hours before it needs to be covered ad refrigerated.

STORE: Store leftovers in the refrigerator in an airtight container for 4-5 days.

FREEZE: Place slices of ham on a baking sheet. Freeze until solid, about 1 hours. Then, place the frozen ham pieces in a freezer-safe container or freezer-safe bag. Freeze for up to two months.

THAW: Thaw spiral ham pieces overnight in the refrigerator or for about 2-3 hours at room temperature.

REHEAT: If you just need to reheat a few pieces, then reheat them in the microwave. If you have most of the ham to reheat, then preheat the oven to 275 degrees F. Place the ham on a baking sheet and cover it with foil and heat until warmed.

How long does it take to cook a pre-cooked spiral ham?

Ham should cook to an internal temperature of 140 degrees F. This will take about 3-4 hours for a 6-8 pound ham. Be sure not to overcook it as the ham will become tough instead of tender and juicy.

How much ham per person?

I typically plan for about ¾ of a pound to one pound per person. This ensures that everyone gets enough, and I have some ham for leftovers. I like to make Hawaiian Fried Rice, Slow Cooker Ham Chowder, and this Easy Ham and Cheese Quiche with leftovers.

How do you reheat spiral sliced ham?

If you are reheating a large amount of ham, it is best to reheat it in the oven. Preheat the oven to 325 degrees F and cover the ham with foil. Bake it until it reaches 140 degrees. If you have smaller pieces of ham, you can warm it up in the microwave for 30-second increments until the desired temperature is reached.

What if my ham doesn’t fit in my crockpot?

There’s an easy fix! Cover the crockpot tightly with heavy-duty foil (regular foil will do as well), and then place the lid on top. You’re basically using the lid at this point to weigh the foil down.

More Main Dishes for the Holidays 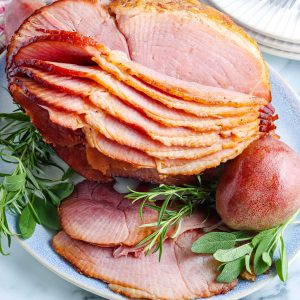 Store leftovers in the refrigerator in an airtight container. 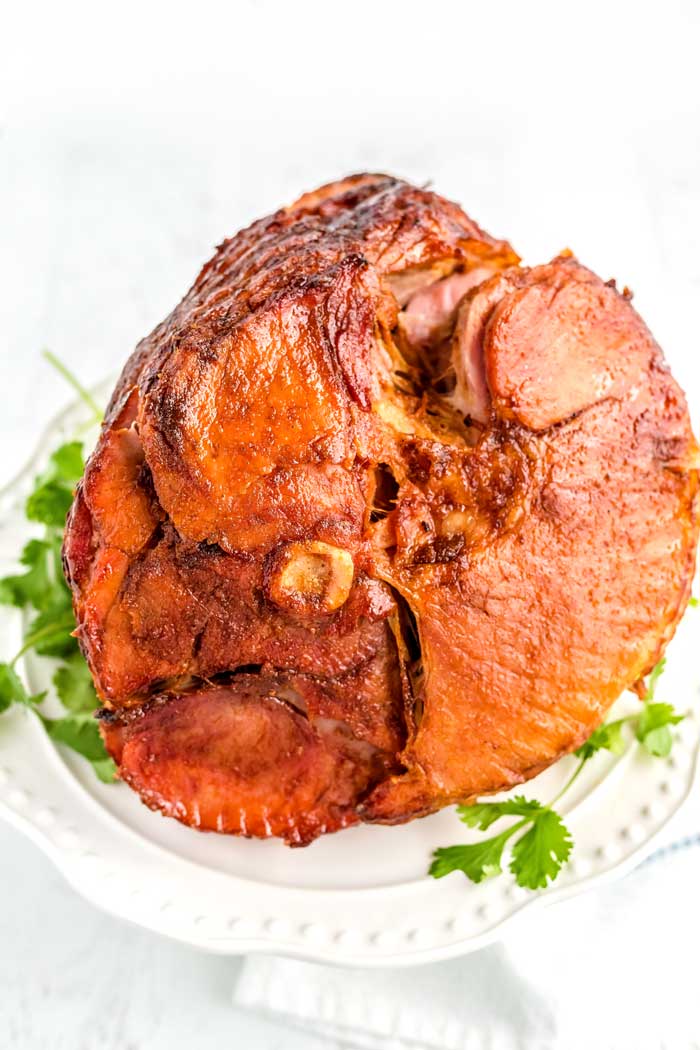 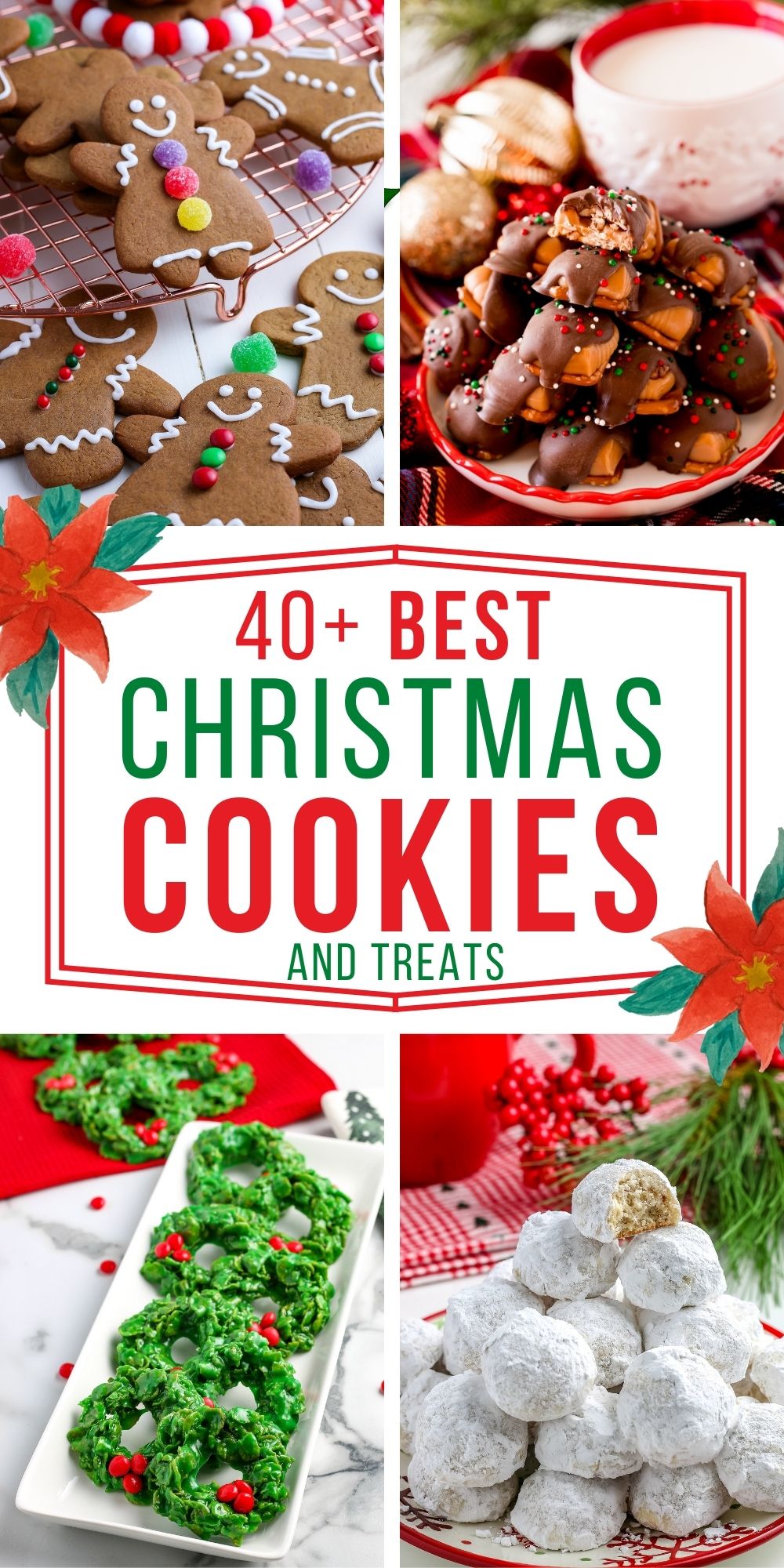 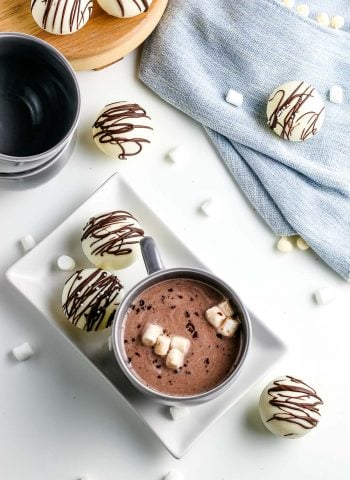 How To Make Hot Chocolate Bombs 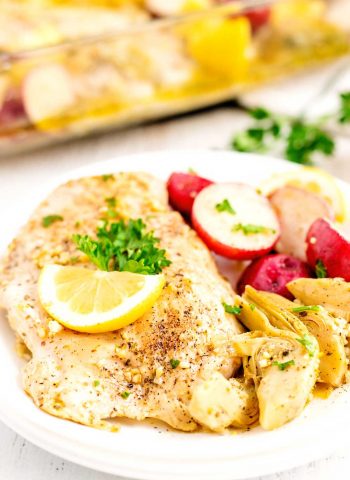 Lemon Chicken with Potatoes and Artichokes 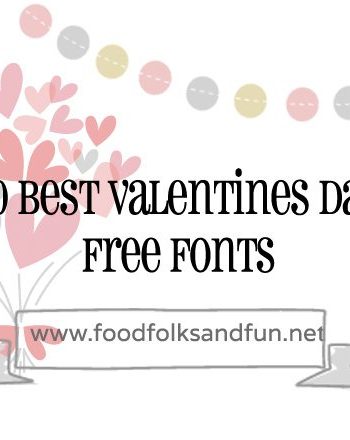 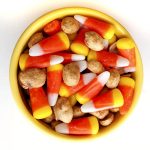 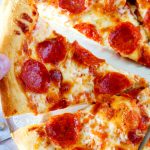 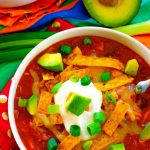 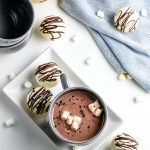 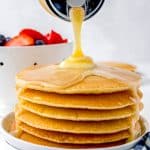 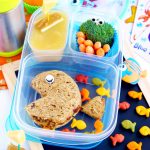